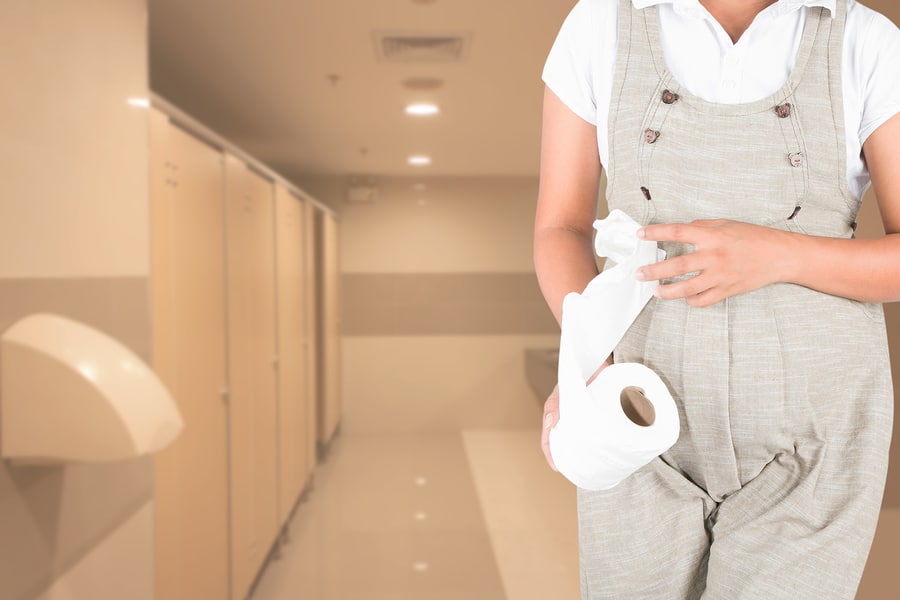 Everything you need to know about your bloody mucus plug

Pregnancy brings along all sorts of strange and unexpected things.

It’s important to learn as much as you can about what is ahead of you.

Learning about what a bloody mucus plug is, is one of those things.

Equally, you need to know about losing your mucus plug and why it happens.

When I first got pregnant I had never even heard of a mucus plug or a bloody show. I’m not sure if that is because I just didn’t do enough research or because it’s not widely spoken about.

Either way, it’s probably a good thing that you learn about all the different things that are about to happen to your body whilst you are pregnant.

***Please note that this site uses affiliate links.  If you would like to read the legal stuff you can do so here

What is a bloody mucus plug?

To put it bluntly, a bloody mucus plug is as it says. It is a mixture of blood and mucus that comes out of your vagina when you are pregnant.

Well, you’ll soon find out why the bloody mucus plug (sometimes referred to as a bloody show) is really important in your pregnancy.

You won’t actually get to see your bloody mucus show until the later stages of your pregnancy but it will come.

You will normally start seeing evidence of your show in the final weeks of your pregnancy.

It’s important to note that your bloody show may not come out all at once.  It’s completely normal for it to come out in bits.

If this happens to you, don’t be alarmed.

The bloody show is a sign that your body is preparing to deliver your baby.

What’s the difference between regular pregnancy vaginal discharge and my mucus plug?

It’s important to know the difference between losing your mucus plug and having regular pregnancy vaginal discharge.

Regular vaginal discharge (leukorrhea) will likely be happening all the way through your pregnancy in small amounts.

Pregnancy discharge is a clear milky color and will be thin in its appearance.  It’s extremely important to note that it has no smell.

If your discharge has a bad smell then you must contact your doctor immediately.

Your mucus plug will be similar to pregnancy discharge but it will be as thick and jelly-like.

Pregnancy discharge is just your bodies way of getting rid of fluids and cell whereas your mucus plug has a very different job to this.

I don’t want to confuse you too much so I’ll distinguish the difference between the bloody show and the mucus plug below. 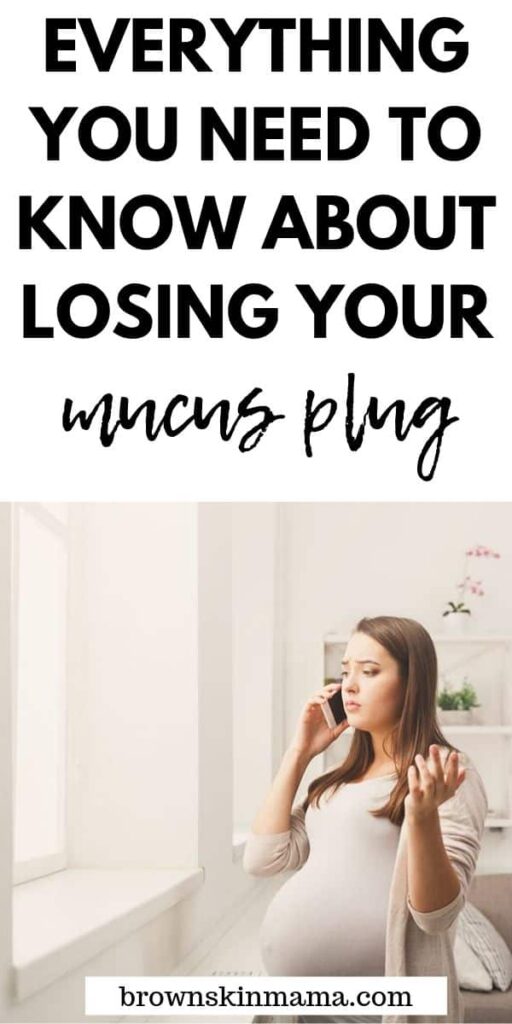 What is the difference between a bloody show and a mucus plug?

There isn’t too much difference between a bloody mucus show and a mucus plug.  They are similar but not the same.

What is important to understand is that your mucus plug is a protector for your baby.

The function of the mucus plug is to cover your cervix and protect your baby from infection.

Without your mucus plug, your baby could be open to contracting all types of bad infections.

Your mucus plug is the first line of defense for your baby. As mentioned before it covers your cervix which lies in the lower part of your abdomen.

A bloody show occurs when the cervix begins to dilate and the capillaries burst causing bleeding as you lose your mucus plug.

What can I expect my mucus plug and bloody show to look like?

Your mucus plug will be thick like jelly and translucent.

Your bloody mucus show will be just like your mucus plug except it will be tinged with a red color.

The reason for the red color (blood) is the loss of the mucus plug.

When the mucus plug leaves the body it is detached from the blood vessels that were holding it in place.

Those vessels then taint the rest of the mucus causing the bloody show that you see.

The red color is actually traces of blood in the mucus. 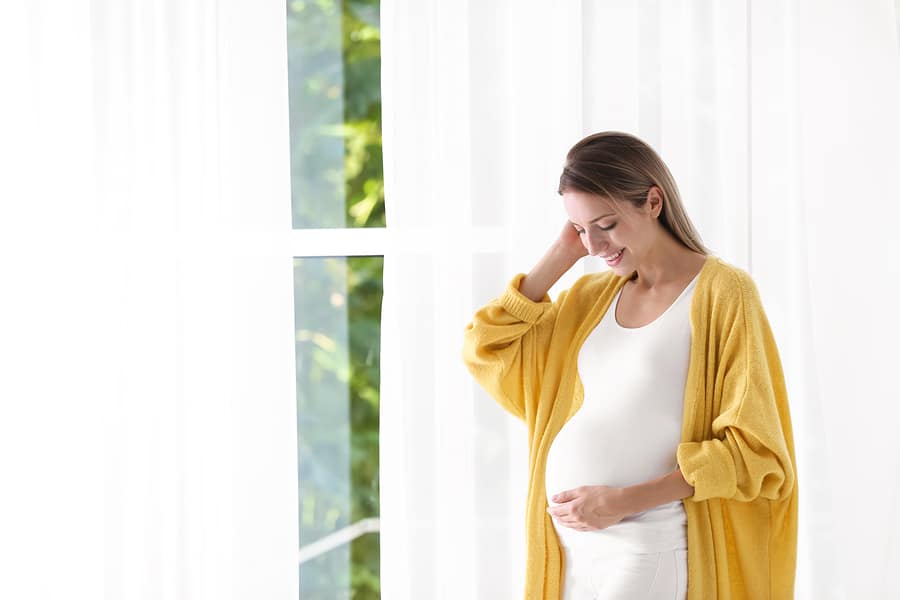 Knowing when you have had a blood show will help you realize how close to labor you are.

You can sign up for the AMAZING Online Prenatal Course here which will teach you everything from the later stages of pregnancy until after your baby is born.  There really is so much to learn in a few short months!

What causes you to lose your mucus plug?

As your pregnancy progresses your cervix will begin to dilate and soften in preparation for your baby to arrive.

Your cervix has to dilate in order to make a passage for your baby to pass through.

Once your cervix starts to open up your mucus plug will be released followed by the bloody show.

This can usually happen anywhere from 2-3 weeks before you give birth.  It is one of the clear signs that labor is approaching.

Will I see my mucus plug?

You will sometimes notice it once you have been to the toilet and wiped.

Although it’s possible to also not spot it if you don’t take the time to look or know what you are looking for.

I will admit I missed my mucus plug in almost every one of my pregnancies. I would always notice my bloody show though because of its color.

In my first pregnancy, I didn’t know to expect a bloody show and it was only as I went overdue and had a membrane sweep that my bloody show came out.

It was a complete shock to see and also a little embarrassing for me as I had no idea what it was.

If you think you may be losing part of your mucus plug but you are not 100% sure you can always put a maxi pad into your knickers and show it to your midwife or doctor. (that’s if you feel brave enough).

Even if you don’t get to use the pad before you go into labor you will definitely need to use one after childbirth for your postpartum bleeding.  So don’t see it as a waste of money.

How long does it take for labor to start after you have a bloody show?

The start of labor can be different things to different people.

Just because you have a bloody show today does not necessarily mean that you will go into labor on the same day.

There are other signs of labor approaching that you need to be on the lookout for.

Once labor does start it can take days before active labor kicks in. This is, even more, the case if it is your first pregnancy as these deliveries seem to take longer.

Can I have sex once I lose my mucus plug?

It’s quite difficult to say for sure. Personally, I would check with my doctor or midwife first to make sure that I don’t run the risk of introducing an infection to my baby.

Your doctor may want to invite you in for an internal exam before you do the deed.  Each case will be independent.

Remember your baby possibly still has a layer of protection if your waters are still intact and haven’t broken yet.

Having sex after your bloody mucus plug makes an appearance does not necessarily mean that your baby will be harmed in any way.

Another thing to remember is that you may not even know you have lost your mucus plug and have sex anyway.

If you are unsure, its always going to be better to check with your doctor first. 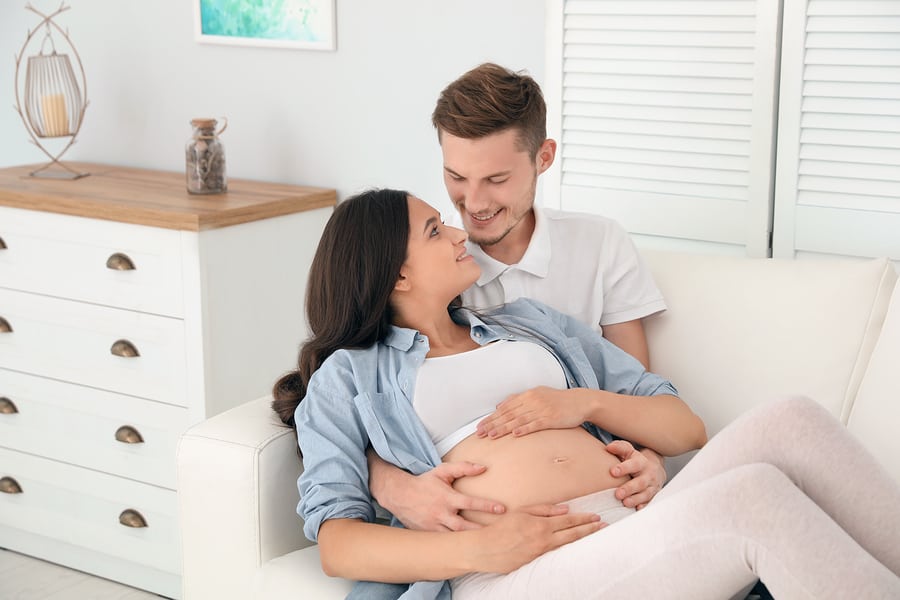 When do I need to be worried?

Try not to obsess over seeing your bloody show or mucus plug.  It’s quite easy to miss them when there are lots of things going on around you.

I didn’t even get to see my bloody mucus plug until I was overdue and had to have a sweep.

If I was continuously worried about seeing it then I would have probably made myself ill with worry.

As long as you don’t experience any worrying signs you will be just fine.

Always go with your gut. If you feel that something is off you should get yourself checked over by a healthcare provider.

Ultimately once you see your bloody mucus plug it won’t be very long before you get to see your new baby as well.

Related posts to the third-trimester of pregnancy 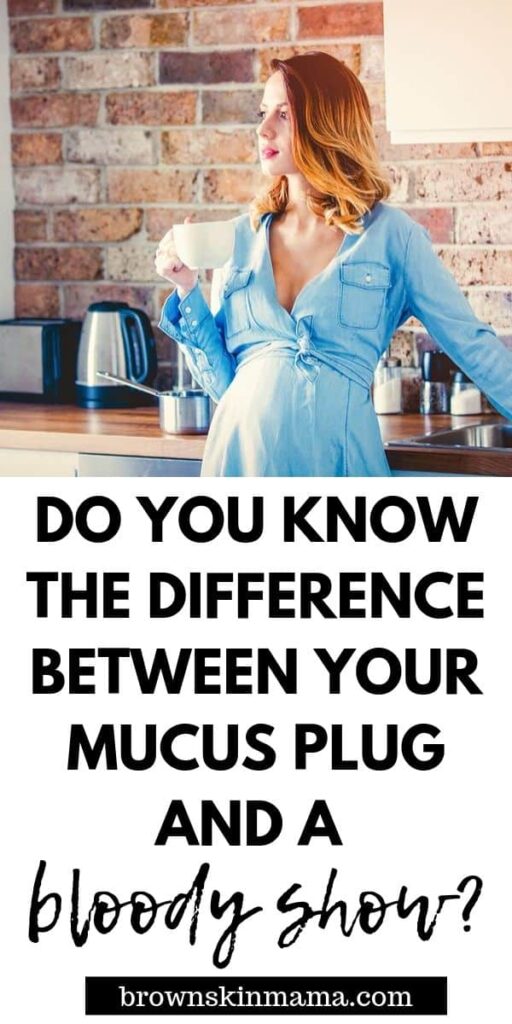 Previous Post: « 4 Ways to Help Your Uterus Shrink After Birth
Next Post: The Best Postpartum Pads For Those First Weeks After Delivery »